Marian Wright Edleman was born in Bennettsville in 1939. Her father died when she was 14. Before he passed away he told her, "Don't let anything get in the way of your education." She didn't. She attended Spelman College in Atlanta and studied abroad on scholarships. Then she graduated from Yale Law School. 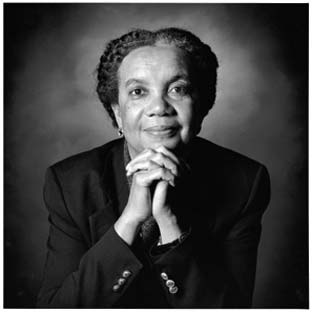 In the 1960s she was the first African-American woman admitted to the Mississippi Bar. She began her lifelong work on behalf of children when she directed the NAACP's Legal Defense and Education Fund in Jackson, Mississippi. She believed the best way to eliminate poverty was to offer poor parents hope for their children, so she worked towards better education, better nutrition, expanded childcare options, enhanced child welfare programs, and more employment options for young people.

She founded the Washington Research Project, which became the Children's Defense Fund in 1973. CDF is privately funded and advocates, researches, and lobbies for children. Throughout the United States today, Marian Wright Edelman's name is synonymous with child advocacy.

She has received the Albert Schweitzer Humanitarian Prize and the Presidential Medal of Freedom. In 1985, her tireless efforts earned her the MacArthur "Genius Grant," which provided financial support as well as recognition of the national importance of her work.